1. During the first years of my childhood I would play in the surrounding forests and fields building wood houses, dambs on the local creek and other structures of romantic childhood visions. Strolling the nearby meadows and valleys, I would watch and visit ruins and castles. Remembering precisely the smell of their damp walls, old wood and dust. The ghosts from former times were always present, starring, crying and smilling at me. Delivering material for dreams and nightmares.
During those years I remember a child once came and stayed at our house for some weeks. A young girl from the east that my parents invited for a special holiday with us to strengthen her physical and mental situation.

2.In the night of the 26th of April 1986, during a security test, two explosions in the Tschernobyl Nuclear Powerplant enabled that a cloud of highly radioactive Dust and Steam would move Northwest, reaching soon various parts of Europe. A modern volcano exploded that would radiate for the next centuries.The Fallout exposed 400 times more radioactivity than the Hiroshima bomb, leaving radioactive matter behind. Matter that would have a huge impact on the humans physical and mental conditions, not only on those living in the immediate area but further into the European as well as international biosphere.

Radionuclids, unstable, radioactive atoms decay into Rays. Those destroy and change molecules and chromosomes on their way causing destruction and deformation of cellular structures and genotypes.
Since today I wonder if I caught several infections from the nearby dirty waters as a child or if I was exposed to a contaminated nature and its produce. A nature that would absorb radioactive particles through air, water and soil.

3.In 1999 the British nuclear physician Peter E.Hodgson made the statement that the main stress for a humans health and fitness is compromised through the mental and psychosocial causes followed by a radiation wave. Thoughts about potential contamination, social exclusion, stress regarding evacuation on a wider social spectrum are named in connection.
The mental disorders were subscribed to the individual risk perception and seem to be detached from the acute location of the zone. Depression, fear and other unknown mental disorders were caused, often leading to lifestyle changes with alcohol and drug abuse.

Children that were born shortly before or after the reactor accident often suffer from an autoimmune illness of the thyroid which is known to be a control organ for the hormonal and psychoactive functions of a body.
Modern research has shown that the development of obsessive compulsive disorder, like contamination thoughts, not only link back to a traumatas but can be linked to the psychoactive functions of the thyroid as well as an infection through streps in form of a scarlet fever.

In case of a person suffering from mental disorders, The Caudatum as a brain control mechanism, often is not able to filter or shut of the hyperactive signals from the prefrontal cortex. This circumstance can lead to obsessive actions of a person.
——————————————

If technology is the magic of our time
molecules, as invisible matter, can gather as ghosts
creating compulsive behaviors and rituals as a sign of their presents

The ghosts I see are of a different Nature

Its not the imprint of a passed away spirit

Of human or animal

Its the gathering of particles into

Those bodies find life through my thoughts

They come of a sudden

and leave when they decide

I am told they are inventions

But they are logic

I feel their traces, existents of various kind

I communicate through my fear

And Protect myself through repetition

At the beginning the ghosts were nostalgic

until they morphed into nature 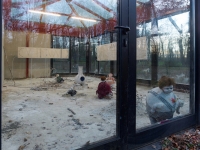 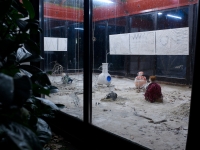 Beyond the Red Forest 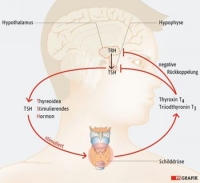 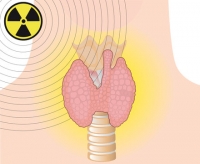