Salamanderbrunnen is a mineral, hot spring located on Kaiserweg near Bad Harzburg in the German Harz Mountains.
In pagan times, known as a sacred spring, it reached significance in the folklore of the area. The name stems from a unique population of rare riparian Salamanders, known as „Schleimteufel“, that thrived in the waters.
Records dating back 3,000 years, tell stories of how the Salamanderbrunnen attracted injured cats, unwittingly teaching people about the healing powers of the hot water, warriors recovering from their wounds after a long soak and gods guiding knights to the spring, purported to cure more than 40,000 different types of illnesses and disorders.
When the area was later on christianized, the attribution of healing qualities to the water made the spring more widely famous. Guardian ghosts, known as „Steiketo“, made the water flow by intriguing, musical rituals – a theme familiar to the hagiography of the Celtic saints.
Significant for the Salamanderbrunnen, whose hot water is pooled deep below the surface of a volcanic archipelago, are the hallucinogen effects that come from the growing algaes and underwater plants. The genealogy of those plants have never been fully possible to encrypt. Records of species include Amanita muscaria, Psilocybe cubensis, Ephedra sinica, Cannabis sativa as well as Banisteriopsis caapi and Psychotria viridis.
Scientists have pointed out that the temperature of the unique environment dissolves and extracts minerals as well as chemicals from the plants to create a "broth". Visual and auditory stimulation, the mixing of sensory modalities, and psychological introspection, that may lead to great elation, fear, or illumination were reported from the consumption of the water.
In the 1970’s, the surrounding land, including the spring, was bought by an international health and "extropian" products’ company that branded the spring water HERBA-4®. Recent examinations have revealed that the surrounding rocks, as well as the water itself, show traces of radium and uranium. 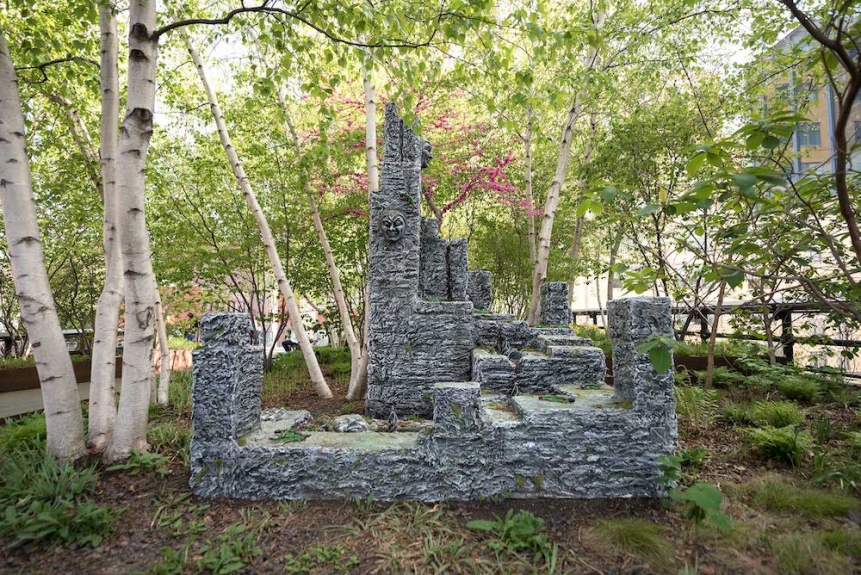