The production of HERBA-4 uses the ecologic principles of "Niche Displacment". The microbiologic and chemical reactions evoked by this rivalry circumstance lead to the highest concentration of Vitamin A,B,C as well as complex, long chained amino acids. A product
with a high concentration of vitamins and proteins is guaranteed.

1. Refers to the phenomenon where differences among similar species whose distributions overlap geographically are accentuated in regions where the species co-occur, but are minimized or lost where the species’ distributions do not overlap. This pattern results from evolutionary change driven by competition among species for a limited resource (e.g. food). The rationale for character displacement stems from the competitive exclusion principle, also called Gause's Law, which contends that to coexist in a stable environment two competing species must differ in their respective ecological niche; without differentiation, one species will eliminate or exclude the other through competition.

3. Invasive species, also called invasive exotics or simply exotics, is a nomenclature term and categorization phrase used for flora and fauna, and for specific restoration-preservation processes in native habitats, with several definitions.The first definition, the most used, applies to introduced species (also called "non-indigenous" or "non-native") that adversely affect the habitats and bioregions they invade economically, environmentally, and/or ecologically. Such invasive species may be either plants or animals and may disrupt by dominating a region, wilderness areas, particular habitats, or wildland-urban interface land from loss of natural controls (such as predators or herbivores). This includes non-native invasive plant species labeled as exotic pest plants and invasive exotics growing in native plant communities.

4. In response to parasitic attack, plants undergo a series of metabolic and biochemical reaction pathways that will enact defensive responses. For example, parasitic invasion causes an increase in the jasmonic acid-insensitivel (JA) and NahG (SA) pathway.[17] These pathways produces chemicals that will induce defensive responses, such as the production of chemicals or defensive molecules to fight off the attack. Different biochemical pathways are activated by different parasites.[18] In general, there are two types of responses that can be activated by the pathways. Plants can either initiate a specific or non-specific response.[19] Specific responses involve gene-gene recognition of the plant and parasite. This can be mediated by the ability of the plant’s cell receptors recognizing and binding molecules that are located on the cell surface of parasites. 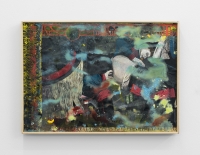 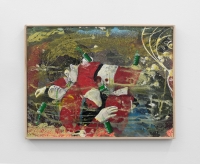 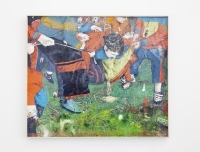 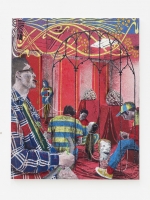 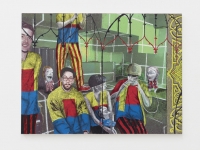 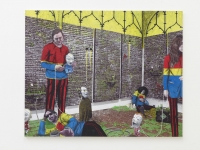