It had been half a century since the boppers revolted against TEX and BEX on the Moon.2 With Earth troubles what they were, and AI autonomy very much frowned upon for many years, no one had been back since.
But as underground settlements began to perfect their surface drone technologies, lacing them with augmentation and multi-user immersion, it was only a matter of time before the new extraordinary machines returned to space. Kiltan, drone detective, public iye entertaining a consortium of users on the new W. I. G. (Worlds Information Growth), was the first to make it up to the Sea of Tranquility.
The field was preserved in near perfection. The hosts remained frozen in the heat of the ancient battle. The half square kilometer teemed with a starkly humorous graveyard of dated concepts. Peanut heads, sneakers, sawteeth, sheerbuckers, treads, bicycle wheels, feelers, digger fins, an American flag, and ancient footprints, embroiled exactly as they had been decades previously, at the very crisis of the Battle of Tranquility, when a single event wiped all their minds. Those pots, chips, or other parts that had been thrown continued their trajectory, of course, so that monuments featuring cartoon-like heads, forks, needles, and various projectiles had come down across the entire lunar hemisphere. Other hurled bots and projectiles had managed escape velocity and were currently orbiting.
As the drone detective beamed back the instantly viral images gleaned from the Sea of Tranquility, it made a surprise discovery. Marginal to Plinius Crater, signs of one of the old human-friendly 'pink rooms' intact, below surface, atmospherics and pressures currently maintained.
Kiltan forced an entrance.
1We hereby submit the transcript: verbatim. The comment storms were thick, we've preserved only representative samples. As to publication/deletion/shreeding -- claws in the air. Once again W. I. G. appears lost.
2 See Rudy Rucker. ​Software.​ New York: Ace Books: 1992. 1

The pink room was broadcasting its old defense systems; these AI written magnetfields were no longer able to wipe the iye's mind. But they transformed Kiltan's mental processes immediately.3
Kiltan walked through a series of white, hard-cornered, box-like rooms, interlinked by openings with doors long removed. Why have rooms if no doors? For the sake of human continuity? Vegetal growth was already making nonsense of that..
Rich with illusions of interchangeability and the infinite grid, the galleries were nevertheless oriented towards a single, ultimate destination.In the final gallery, there were it should be, startlingly embowered in a state of both apparent composure and apparent abandon, reclined a humanoid in apparent longsleep.
An early bot/human hybrid, lids half-mast, fully immersed. The skin, the shape, the outfit; all the hallmarks of Wittiker. Kiltan broadcast emergency on all channels.
Who the fuck is Wittiker?4
Was it like Wittiker to survive? Affirmative. By accident? Possibly. Why not by the absence of an accident when you think about it? And what about within? Does Wittiker know somewhere that Wittiker survives? That ae has now been found? Is ae also upon a bower?
Most likely, for the room contained plantlife, all about ferns and cabbages cracked through the floor. With atmospherics artificially regulated, this place had biomed successfully, not an easy feat in a spacer's underground garden. The hairs streaming out of the head were indeed wire. Clearly the unconscious effort had been immense.
Kiltan approached the being-in-repose. The beautiful head was longer than wide, stretched point to point as if to accentuate slenderness. The fine long black hair joined brain to tableau.
All meaning came down to strings. Had Wittiker grown into the real, or out of it? It was as if this was the fantasy then, and the interior the real. Kiltan extended a light-finger, ran it along the strands.
3 ​The extraordinary machine equivalent of a large dose of LCD.
4 ​What is a Wittiker? For a history of the type, and its typical attributes, see the Enclycopedia of Artifical-Intelligent Cultures, synthetic/human mythos​,​ edition 44332124.
2

There were only states of growth, But now even here, the inner world's vegetation infringed? Define bower. A​ vague poetic word for an idealized abode, by its vagueness not able to be perfectly realized in any augmented dwelling. Especially applied to a lady's private apartment. No longer physical.
Kiltan stood before the translucent sarcophagus.
The drone detective anticipated a coming banquet observational curiosities. It was obvious where to start. Belted across the hips, the personage wore cargo shorts: six pockets altogether both sides front and back. The very last the light finger investigated, the back left pocket, contained a miniscule titanium cylinder. Hollow.
Open it.
In the little cylinder, a miniature scroll. Kiltan chuckled. How quaint. A tiny bit of writing, of cipher. Let's read it shall we? Shall we unfurl?
Kiltan applied a fourth light finger, lensing 10x magnification
LIKE A SHIP OUT IN THE OCEAN A BIRD OUT IN THE SKY
THE PUBLIC IYE IN MOTION BETTER NOW SAY GOOD BYE
Kiltan grew cold, still.
It's does that when it's thinking hard.
How did iye mean that, Kiltan pondered. Wittiker being a landscape? Did iye mean that here behind those eyes, with no atmosphere over our head, mighty storms yet reside, lurking over our horizon? Our pallet has them curling ever now into denser, purpler rage. Strange to contain such exploited emptinesses. Or is this the effect of the field defenses on mye mind?
Certainly there's an unmistakeable air surrounding Wittiker's doll-like generality, even at this odd 25 degree angle.
Generality?
3

At least it's still broadcasting.
Kiltan saw now that Wittiker may be everything that surrounds Wittiker. The not Wittiker, to the extent that it exactly profiles Whittiker and Wittiker's every possible move before ae makes it, is Wittiker. All of this particular simulation is scripted perfectly by this perfect generality.
Aexcuse me?
The battle on surface is still going on, you see. The rising has not ended. From Wittiker's POV we are the motionless ones. Very small figures in a diorama, stored away. Very, very small.
A SUPRA-VEGETAL INTRUSION: ELEGANCE OUTSIDE OF TIME by Wittiker.
This lecture is small, but a machine will never understand it. The subject is the flea. Even long past its probable extinction, the flea will be. Rats carry us home; toward darkness, full bellies, warm nests, other snug rat bodies beside.Cuddle up, friends in space.
Now the first thing to remember for those of us who see information from both sides now, the human is only as distinguishable from the flea as the bopper is from a wheel. The human DNA is the more rudimentary, of course. But we have found we can successfully re-humanize any environments not by virtue of our now so distant humanity, but by re-engineering our flea.
Flee? Can't do that, can we.
I'd give me hand for a bloody rat.
Wittitker is flat, Kiltan was thinking. A landscape framed by a rectangular moat of water.
Wittiker's flat is in a state of some dereliction, but even so this is nothing to the wreckage presumably evident outside the frame.
The public iye paused, looking out.
4

Every virtual space has its real sister space; it is the same with the virtual self. Kiltan extended a-finger, entered Wittiker.
What the hell is it doing?
Kiltan stood in the center of a circle more than a kilometer in diameter, ringed by low mountains.
No it very well did not.
Iye think we should all take place in the physical Wittiker. For Wittiker is a landscape, as well as a most regal entity. Think of the sun and the moon.
The drone detective pointed to the two identically sized orbs dominating either side of the broad starry sky -- white and black holes identically cut out of the view.
Not for Wittiker to look down on us, friends, but for Wittiker to look out from us.
A wind rose across the great circle. An impossible wind, flowing NW as if off of the summit of the highest peak ringing Plinius. The wind's strength showed ambition.
Kiltan extended a long, intelligent light-finger into the wind. It felt very strange to have this appendage here and its abilities. But it worked. The wind was rolled up into that antenna.
Kiltan drew it in; but the "landscape" did not disappear.
Ae have taken you, Wittiker said. There are withins within, and there are withins without. The solution within the membrane's cell laments the loss of liquids outside. This melancholy generates an illusion of a lost eden -- exactly antipode to aer own existence. The geological loss, the chemical layer below the metaphorical, fuels bacterium's first cutting through. So in our fusions I will always prevail.
In our great great great grandparents' day the strangeness and high-flying nature of the physical universe was too complex for the first species who unearthed it to comprehend. This would turn out in our grandparents day to become a problem. Since Wittiker people had for as long as anyone cared to remember been among the first to discover bricks could be made from the flea itself, not only edible, but wondrously useful for architecture, of course, the family got out of the flea-laying business altogether. By the
5

time our story began they had forgotten what flea-bricks were for, to be honest. Everything here was augmented into wood.
But don't you know that's the funniest thing yer sayin. You know there was a Whittiker now up top where oi come from and as to where exactly there's no need in tellin you as oi believe them you need to know can know and will know and that's the point there then so why get involved. Suffice it to say it was the countryside. It was not the city at all. Suffice it to say and here oi can assure ye -- it was the countryside and it had gone hog wild. that's how oi knew grandaether Aerson had been a laboring aen and how Whittiker knew oi had no need to go that way--
Wittiker shuddered with the pleasure of absorbing the entire W. I. G. It sent a last broadcast via the public iye.
"This is your public iye, Kiltan, resident of Free Space, signing off for good."
Kiltan stood before the mountain. Ae was one among a great host of visible scions. Self-built mechanisms of every possible shape who had chosen to stop fighting at the same moment, at behest of Wittiker. Thae stood now with the infinite patience of the born calculator. Time to them was won.
Mark von Schlegell 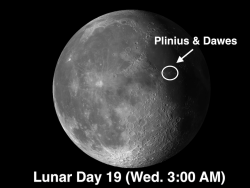